This morning, I visited for the first time, the Lifeline Bookfest at the Brisbane Convention & Exhibition Centre. Primarily a second-hand book sale which runs for nine days, the proceeds of which help to fund the Lifeline 24-hour Crisis Support Line and other suicide support services. In addition to books you can pick up magazines, comics, DVD’s, CD’s, puzzles, games and albums (vinyl). The MILLIONS of books are donated by the public through the Lifeline op shops throughout Queensland.

Today being the opening day and the weekend, it was heaving with like-minded book lovers by the time I arrived. People were entering with trolleys and suitcases large enough to see them through a substantial around-the-world trip. Instantly I knew I was ill prepared – an over the shoulder bag and a bottle of water was going to be of no use.

The exhibition hall is divided into three sections; the $1 section, the $2.50 and the high quality/rare book section. If you are a book lover like me, you would have been like a kid in a sweet shop – I didn’t know where to start. I was on the lookout for photography magazines and Donna Hay magazines and also Cutting for Stone by Abraham Verghese which is one of my absolute favourite reads. I did have the paperback once when we read it for book club but can’t find it for the life of me. As luck would have it I found the hardback version but then after ploughing my way through what seemed like hundreds of trestle tables, I found the paperback – yay!

There was aisle after aisle of paperback and hardback fiction, children’s books, history books, scifi, cookery, religion, out of print, collectors comics, sheet music – you name it, it was there.  I even found this edition of Woman’s Weekly from 13 May, 1972 for 5 pence with an 8-page pullout guide for sensible slimming. It was in immaculate condition and as I was limiting my load I didn’t pick it up – which of course I’m regretting now. Hopefully it will be there still on my next visit.

By the time I’d gathered my finds and lugged them with me for several hours, my arms were about to drop off and I knew it was time to head for home. Note to self – bring pack-horse or trolley next time to take the load.

Some facts about the Lifeline Bookfest, Brisbane*

(*facts from The Great Day Out Channel 7)

So if you happen to be in Brisbane over the next week, you should pay a visit to Bookfest and know that your money is going to an excellent and worthy cause. I’m off to do some reading.

By Waking the Wombat

Life - part two in Australia. Having spent the first 39 years of my life in England with two gorgeous children who don't need me so much, a workaholic husband and a head full of stuff waiting to be unleashed, Waking the Wombat is my place to share life's experiences with you.

4 replies on “A Book Lovers Paradise”

What a great opportunity to stock up on good reading material. It must be Australia’s greatest bookfest.

Yes indeed! It was spectacular!

Thanks! It’s a pretty lovely place 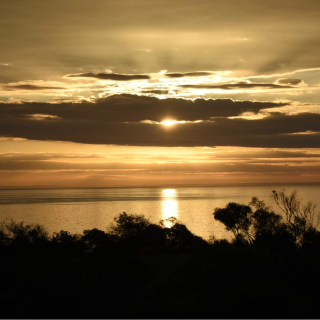 Life - part two in Australia. Having spent the first 39 years of my life in England with two gorgeous children who don't need me so much, a workaholic husband and a head full of stuff waiting to be unleashed, Waking the Wombat is my place to share life's experiences with you.

Under the Story Bridge #storybridge #viewsofbrisbane #thisisbrisbane #fantauzzo
And so it begins #CCToBe
Mr Purcival on the golf course. #pelican #golfcourse #wildlife #photography
Enjoyed a photography workshop in the city and particularly liked the results with the Gucci and Louis Vuitton windows. A whole new spin on window shopping! #nikon #photography #brisbane #gucci #louisvuitton #reflection #anzacsquare
Would love to know the joke! #streetphotography #nikon #photography
And breathe....enjoy your Sunday people #lazysunday #sunshinecoast #sunshinebeach

Some of my favourites

in the rock pools

A daily selection of the best content published on WordPress, collected for you by humans who love to read.

Adventures of Nisha
Becky in Portugal

Exploring this beautiful country from our algarvian winter home

Creative Exploration in Words and Pictures

IT'S ALL ABOUT LOVE

In life's amazing journey, we begin and end with love.